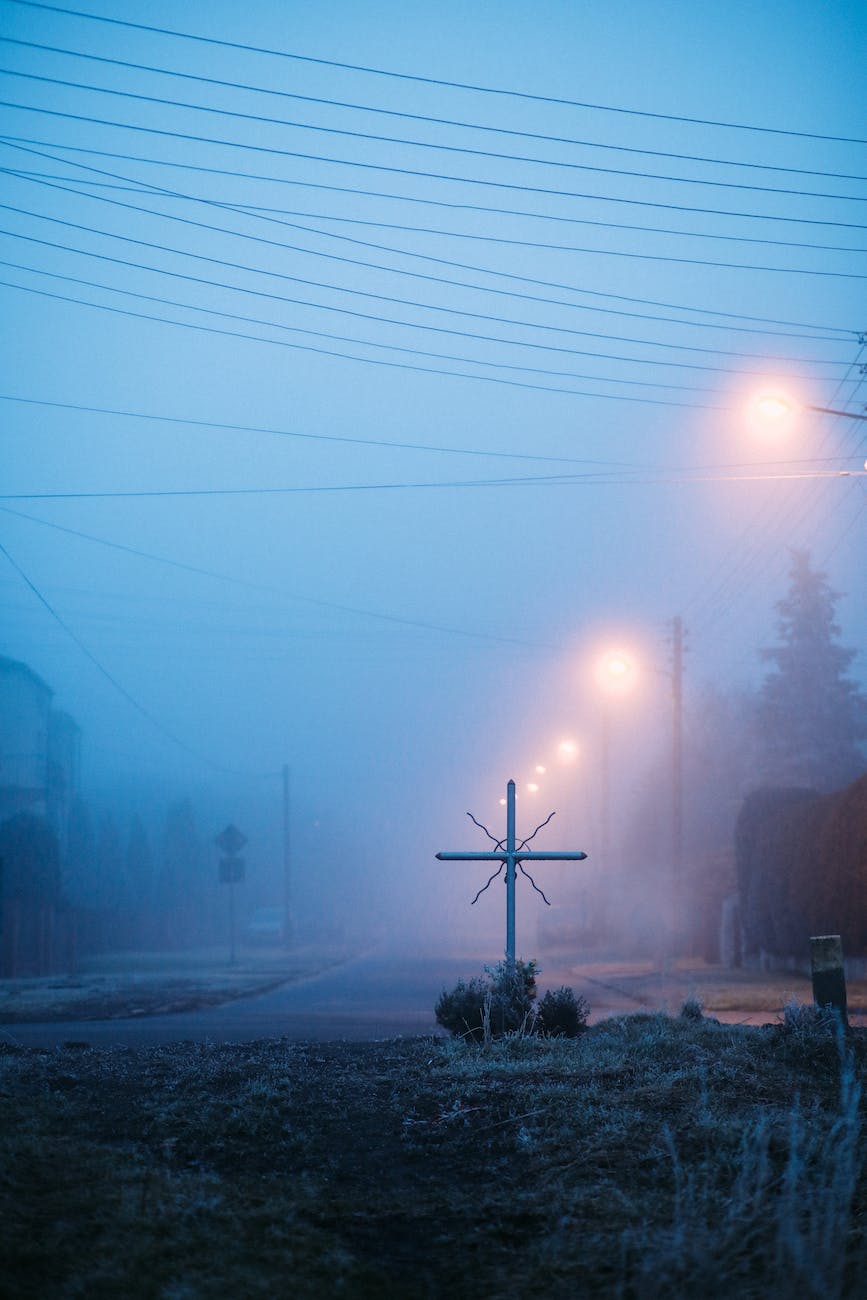 This story is very special to me as I am honored to call one of our characters a very special friend. I had some difficulty writing this piece, and I believe once you read it and get to know them, you will come to understand those difficulties.

Our first character was a young preacher, full of fire, brimstone, and visions of changing the world. For our story purposes, we will call him “Dean.”Our next; is a quiet, unassuming young man of modest means, and a troubled past, we will call him “Travis.”

Brother Dean had been preaching only a short time, his mentor, an elderly man, and Pastor of the church watched over him, advising him of the many blunders and pitfalls so common in the ministry. As time passed his preaching skills improved and his tales of his genuine love for people spread quickly. It was during the Sunday evening message a young man entered the church and caught Deans’ attention.

Travis was a young man very nearly the same age as Dean. His tall slender build was matched by a head full of long flowing blond hair. He was fair-skinned and his eyes were ice-blue. Beneath those eyes, he sported a full-length blond beard. Considering his physical features, the thing that made him stand out was the grey sweats he wore.

The old pastor, (sensing a commonality), introduced the two young men that very evening, he had no idea of the significance of that decision. Instantly they became best of friends. While most of the church looked upon Travis with contempt, Why don’t he cut that hair? Why doesn’t he shave that scraggly beard? He’s in the Lord’s house for goodness sake, why doesn’t he wear something proper? On and on they went, like cackling old hens clucking back and forth. You could almost hear the hiss of a serpent as they chatted back and forth.

But this never phased Dean, not that anyone could tell. Travis’calming nature was infectious to those who allowed it. They went everywhere together, the two of them. spreading the gospel to any and all who would listen. Proving without a doubt that it wasn’t the clothes or the shave, but the soul that mattered, and all, no matter where they came from or what they had been through were welcomed in the arms of God.

Before long Dean could look from the pulpit and see not one but several sweats in the pews. Not long after that, tattoos were seen, torn blue jeans soon followed, and all manner of dress. God was using the two young men for mighty work, people were coming in from the street and into the house of God, lives were being changed, and the status quo was being disrupted, and people noticed, but not in a good way.

You see…if your family name is on a brass plaque at the end of a church pew, you don’t like it when someone else sits there. (In your seat.) Especially, if they don’t fit your notion of a proper Christian. And the boy in the grey sweats certainly didn’t fit that. Dean began hearing whispers.

A real Christian would dress better to be in God’s house.

You might think they would take a bath before coming to church.

On and on they went, vile comments the lot of them, until one day, one fateful day, Dean had heard enough gossip and preached of Legion in the book of Mark.

Jesus you see…didn’t ask him to get cleaned up and properly dressed before he would speak with him. Instead, he spoke first, and let the power of the holy spirit do the work after.

An opportunity opened for the young preacher, one he simply couldn’t pass up. He was accepted into a rather prestigious seminary several hundred miles from his home. With a heavy heart, he informed his friend of the offer and his decision to accept it. “Oh, don’t worry about me, I’ll be fine. There is loads of work to be done here and I’ll keep the lamp burning until you get back. Travis saw this as an opportunity, he was going to be on his own, and he was excited.

Once Dean’s mind was eased, he loaded his family and left on his adventure, but storm clouds were gathering, and the young preacher couldn’t know the trials that waited for him.

I think one of the cruel realities of this fallen world is, “Life happens to us all.” What I mean is…no matter the amount of faith a person may possess, we are all subject to constant attacks and infirmaries not of this world.

Dean took on a small church as well as his duties as a full-time student. This left little time for his young family, and you may have guessed, it wasn’t long before his wife scooped up their small son and left for home. Travis found himself alone, disillusioned, and bitter

The same could be said bout Travis as well. Once his partner in ministry was no longer by his side. He began to listen to the gossip and whispers. Worse still…he believed them. It wasn’t long until an empty spot was commonplace on the church pew. The tattered clothing, tattoos, and sweats were soon a thing of the past.

Dean left school, but that’s not all. You see, the devil was so complete in his foul duties, that he left the church, and his faith as well. He left for home with only what he could load into a truck and proceeded to put his family back together again. A strong resentment for the church began to form and he avoided any and all things spiritual. That is…until one night.

The phone rang, and when his wife answered, she discovered Travis’ mother. He had left the church and had returned to his old ways, she was worried and wanted Dean his best friend, to contact him. The former preacher refused her, he had other things to worry about, namely, his own family.

These calls continued for several days, until one fateful night, he lost his temper. Her humble request was met with a loud NO, followed by, “I’ve got my own problems to deal with, as far as I’m concerned the church and everybody in it can go to Hell.” In tears, he slammed down the phone.

There were no more phone calls for several days… until…

Travis’s mother called the former preacher one last time, not to beg for help, but to pass on some news.

There had been a logging accident. The chains that bind the large logs to the truck had snapped sending an entire load of timber down the mountainside. The logs piled at the bottom of the hill, and all but one of the men sidestepped certain death.

Travis was that one.

Dean felt the breath leave his body as he fell to the floor.

The funeral was a closed-casket affair. Dean could not bring himself to go to the service. Instead, he circled the parlor until he was certain all had left. He stood there in the quiet Chapel, gazing at the casket of his friend. He noticed pictures attached to a board, snap-shots of the young man’s life. He noticed several of the two of them in happier times, his kind face, and warm smile. Made his heart sink.

After a few minutes, he felt a small hand on his shoulder, and he turned to see Dean’s mother. He didn’t know she was still in the building. The only words she spoke tore at his soul…

“All he wanted to do was talk to you.”

That young preacher is now an old man full of regret and what-ifs. How do I know this? Well…he’s a friend of mine, and I see him quite often. Oh, there is plenty of blame for everyone, of that I’m certain. But I want us to focus on just a few in this story.

Be very careful with your vision of a proper Christian, although the person next to you has long unwashed hair, a tattoo, or grey sweat suit. God doesn’t see any of that.

Beware “Gossip,” you can hear the hiss of a serpent when you say the word.

Those brass plaques on the pews don’t mean a thing.

Be careful never to get so Heavenly minded that you are no earthly good.

Never place another on a pedestal, when you do you make them an inviting target

Remember, A hospital is for the sick and injured, a church is no different.

This modern world has us all so very polarized. This is wrong, that is wrong, the fight is never-ending. Our only job as believers is to present the Gospel as Jesus presented it, with Love and understanding. That dear friend is God’s power on the outside. After that, the Holy Spirit does his job from the inside.

Never forget; The devil’s sharpest instrument; may just be you.

We have been rather busy here at the Tin Cup Clan. Please accept our apology for the slow posts. This was a very difficult story to write, please let us know what you think. Thank You for your precious time. The Tin Cup Clan

One thought on “The Parable of ” The Grey Sweats””

A Rambling of New Epistles

Creation is pure, blissful and true.

The Life & Ramblings Of A Zillennial