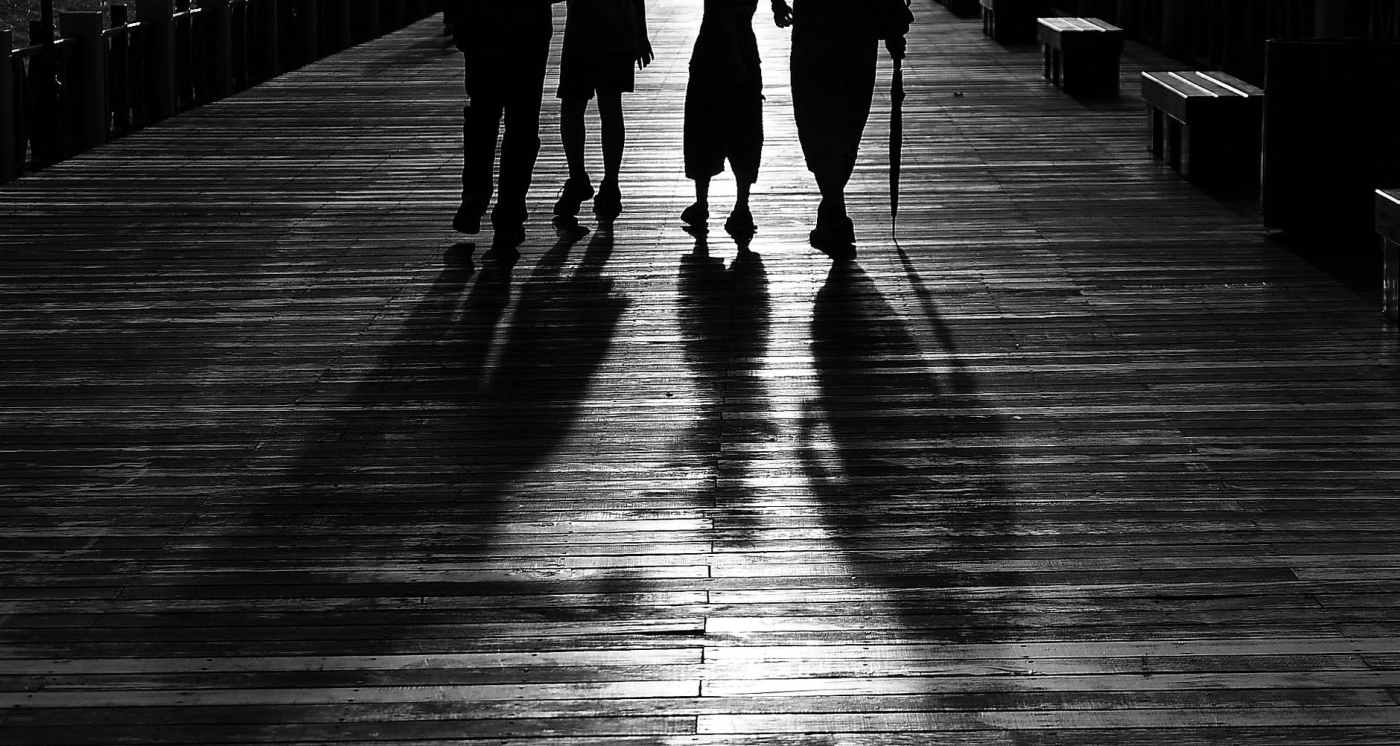 I’ve been promising to write this story for some time now, just been waiting for the right time. But today is a special day, well..in our little corner of the Universe anyways. You see, today is my birthday, a small feat for most adults but given my situation I rather make every one count.

The morning greeted me with grey skies and wet weather. I peered out the window and let out a long low sigh, “hope this wasn’t how the rest of the day was gonna be” I thought to myself. There was work to be done, the house wasn’t finished and I dreaded the thought of working on it.

Sandra (bless her heart) began her morning by getting an early start on the Birthday dinner. All my favorites, beef roast, green beans mashed taters, yeast rolls, caramel cake and all.

By eleven o-clock I had all but forgotten about the glum weather. Actually feelin’ a bit content…then the phone rang.

A pleasant lady greeted me before introducing herself. She was calling from my doctor’s office. It seems my last scans had revealed some worry-some spots on my right lung. They wanted to get me in for additional scans and formulate a plan of action. Just like that, the proverbial carpet was jerked from under my proverbial feet. I’ve been playin’ this morbid game of whack-a-mole for nearly four years. A couple of moths ago the latest cancer was found on my pancreas, and the resulting radiation burned me up. Now the lungs? Well…I didn’t get much work done the remainder of the day. The big “C” was chewin’ on my brain. And speakin’ of which brings me to the little matter of the afore-mentioned “Woperdinger.”

What’s a “Woperdinger” you might ask. Well my friends, sit back and permit me to enlighten you with a little mountain folk-lore. Here a little snippet from the book.

“Just what is a Wolpendinger anyway?”

The five of us walked to the downed fence. There it was, a footpath in the mud. The big light shining down the path made it look like a tunnel through the woods. Briars and brambles were thick as lumber along both sides.

Branches protruded into the path, looking like gnarled fingers, ready to grab who-ever might walk by. We could hear the creek roaring louder as we walked further. Big David’s light our only means of sight lit the path like a train in a tunnel.

Suddenly we beheld a sight that made our blood run cold.

Just beyond the cover of the trees. Just forty or fifty feet from holy ground we saw it. Thinking about, dreaming about it, hearing about it was one thing. But seeing it was different. Seeing it in the dark on a stormy night was entirely something else.

Our eyes strained in the dark, desperate for a clearer view. Just then a distant bolt of lightning lit up the sky. We all fell silent as the grave, fearful of what might hear us. I felt a morbid sensation of accomplishment tinted with large amounts of pure mind numbing fear. There was no color, no grass grew around the grave. Instead weeds and gnarled thickets spread around the stone. At some point, some-one or some-thing had placed stones around the grave. Clearly marking the boundary for others to see.

We all stood there, frozen in the wind and rain until one of us broke the silence. Who’s goin’ first? asked Chucky.

Not me shouted Stick, that place is chocked fulla’ Wolpendingers just waiting fer us. Waitin’ fer every last one of us, I can almost see their eyes lookin’ at us now.

WHAT?! Screamed Chucky, and you thought now, in the middle of the night, in a graveyard, at a grave owned by a witch of all places was a good place to bring somethin’ like that up?

Surely to God you don’t believe in those bedtime stories do you.

Stick was instantly defiant. And you don’t? he screamed back over the thunder. Everybody knows they’re real, everybody. They’s just a waitin’ fer the first one of use to get close enough to that brush then “whack” gone forever.

Big David had finally reached the end of his tether. With a jerk he turned to face the shaking redhead, his big hands were noticeably shaking as he aimed his light at Stick’s face.

Now look here friend: I’ve had jest about of this nonsense. Keep it up and yur about to find ye selves without a light to walk by. Besides. they’s no way I’m a gonna set my foot on unholy ground.

Ya see…a Woperdinger is a mythical creature of German decent, (or as best I can figure). And seeing as a great many Appalachian folk are of said German blood, the ol’ Woperdinger legend invariably followed. Legend has it this varmint is an ungodly mishmash of any manner of creatures, a good example might be the famous “Jack-a-lope.” But to us kids…well we just knew there was always one in the woods in the deep dark of night just waiting for one of us, dragging us away kicking and screaming to an untimely death. Our folks did little to dispel such rumors, using it instead as a means to keep us home at night. A gnawing fear of the unknown planted firmly in our brains.

Now lets get to those All-stars.

Some fifty-odd years ago the coolest (can I still use the word cool) of the cool kids strutted around in a pair of high top Converse All-stars. Of course I was never able to have a pair but that didn’t stop me from dreaming about those shoes. They were the very essence of cool, every thing from the laces and badge to the squeak they made on the varnished gym floor. Yep I wanted, no needed a pair…but I never got any. Until today!!!

Yep after fifty seven years, four children, seven grandchildren, four mortgages, countless cross country moves, and a nose weary and sore from being held against the ol’ grindstone. My daughter placed a birthday box on my lap, not just any box mind you, oh no. But a box emblazoned with that all to familiar star. Yep sure enough, I lifted the lid to find a brand new pair of high top All stars.

In a split second there I stood in all my glory, grey beard, plaid shirt, worn Liberty overalls, and a sparkling pair of navy blue sneakers. Yea…not the teenage picture I had in my head either. Que that phone call I mentioned earlier.

See where I’m going with this yet? Yep, you guessed it, on the other end of the line that ol’ Woperdinger got me. I mean reached right through the line and took hold of me. That gnawing fear of the unknown. Now I’m not saying it ruined the rest of my day, naw sir. The day was great, after all I got a lot to be grateful for. But it was there, chewing at the back of my mind, as I sat there eating caramel cake, it was there. As I enjoyed the beef stew, it was there. As I wiggled my toes inside my new All-stars it was there. Even when I talked to my grandbabies, it was there.

Friends… be careful of those Woperdingers. No they may not steal “all” your joy in life, but somehow they seem to have a knack for taking the edge off of it, dull the blade so speak. That gnawing fear of the unknown. Yes, Yes, I’m still a bit scared of ’em, but I’m learning (however slowly) to put them in their place. Our boy Stick was scared to death of ’em, but David, (being the voice of reason) snapped him back. Please…if you do anything, find yourself a “David.” Find that one person or group of persons to ground you, keep that “gnawing fear” at bay. Life’s too short as it is, no point worrying about what Woperdinger may or may not be hid just beyond sight, or in the shadows.

Me? Well I reckon I’m ready for what may just be out of sight. I spose I got little choice at this point, but I’m ready. I don’t expect to get shed of the unknown or times when the fear seeps in and you shouldn’t either. The secret is kicking it back into those shadows where it belongs, oft times that means we gotta have some help. For now I’ll just keep kicking, after all… I got me one heck of a pair of shoes to kick it with. And…quiet a few “Davids” to keep me grounded. Bring it on

Once again “The Tin Cup Clan” thanks you for your time. Lord knows there so many other things you could be doing and we are honored that you chose to spend some of it with us. If I may ask a favor; please share these stories with family and friends, leave a comment (we like those) and talk with us a bit. A like and follow would be great as well. GOD BLESS and see you next time. The Tin Cup Clan.

4 thoughts on “WOPERDINGERS and ALLSTARS (Life brings us both)”

A rambling of new epistles

Creation is pure, blissful and true.

The Life & Ramblings Of A Zillennial